The second-generation Nissan Frontier pickup—the one that’s still out there—was introduced as a model year 2005 vehicle. A long time by any measure. A REALLY long time when consumers’ tastes are changeable at an instant.

There is another Frontier coming. Soon. 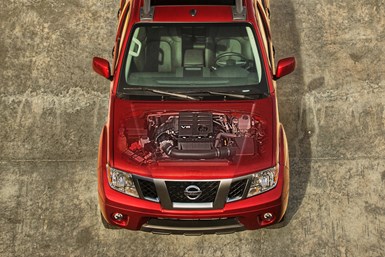 But in the meantime, there will be a 2020 Frontier. And one of the features of this is that the company is putting a new engine under the hood. The vehicle will have a 3.8-liter V6 that produces 310 hp, or 49 more than the 261 hp of the current 4.0-liter V6 that is being used. The new engine will be mated to a nine-speed automatic. The current truck has a five-speed automatic.

According to Nissan, this engine uses 93% new or redesigned parts.

It will be manufactured at its engine plant in Decherd, Tennessee. 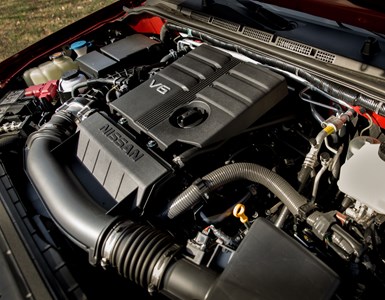 Nissan is providing the 2020 Frontier with more power.

In announcing the new engine, Tiago Castro, director, Commercial Vehicle Business Unit, Nissan North America, said, “From its roots tracing back more than 60 years, to the current model, Frontier has had a lasting impact on the compact and mid-size truck segments in North America. As Nissan transitions to the next chapter, we celebrate both a proud past and a bright future with the heart of the next Frontier."

60 years is a long time. But so, today, is the difference between what was hot in 2005 and what matters in that midsize pickup market.