Jozef Kaban has left BMW AG’s Rolls-Royce unit six months after being named design chief of the ultra-luxury marque. A successor will be named later. 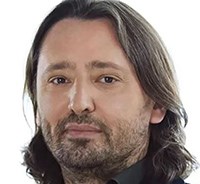 A native of Slovakia, Kaban previously directed design for BMW’s namesake brand. He began his career at Volkswagen Group 20 years ago, where he designed the exterior of the Bugatti Veyron hypercar and later headed exterior design at Audi and overall design at Skoda.