Supplier shortages have caused Kia Motors Corp. to push back the introduction of the electric variant of the redesigned Soul crossover vehicle from this year until at least 2021.
#Kia #Hyundai #HP

Kia Motors Corp. is pushing back the launch of the electric version of the next-generation Soul compact crossover, which was supposed to bow early this year, until at least 2021 due to supplier constraints. 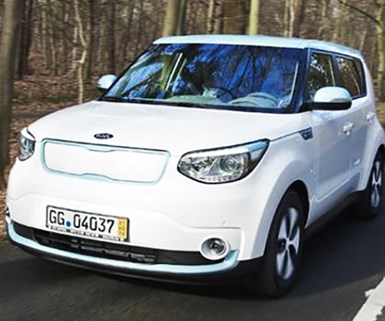 The third-generation Soul EV was launched in Europe and other markets this year as planned. But battery and electric motor shortages have hampered the rollout and caused the U.S. delay, company officials tell Green Car Reports.

Kia launched the piston-powered version of the third-generation Soul globally earlier this year. The previous Soul EV, which was sold  in only 13 U.S. states, was discontinued after the 2019 model year.

Fitted with a 64-kWh lithium-ion battery, the new Soul EV more than doubles the previous vehicle’s EPA-estimated range from 111 miles to 243 miles with a 30-kWh battery. The next-generation model’s electric motor generates 201 hp and 291 lb-ft of torque.

Supply constraints also have slowed the U.S. rollout of parent Hyundai Motor Co.’s Kona EV, with which the Soul shares a platform. The larger Kia Niro EV uses the same battery and electric drivetrain as the Soul.