Israeli startup Innoviz Technologies, which is launching its first-generation lidar next year in BMW’s iNext electric crossover, has a quick follow-on product queued up that boasts “significant” performance improvements and cuts costs by as much as 70%.

Innoviz predicts this will jumpstart applications for the fledgling technology, which is considered a key enabler for fully autonomous vehicles but thus far has been too expensive for semi-autonomous and advanced driver-assist systems.

Samples of the aptly named InnovizTwo will be available next summer. Volume production applications could begin as early as autumn 2023, according to the supplier.

The next-generation lidar initially will be targeted at vehicles with so-called Level 2+ capabilities, which Innoviz defines as partial automation that can control steering and throttle functions but requires human supervision at all times.

The hardware also will support L3 and L4 functions with the appropriate over-the-air software updates as they become available. That’s assuming such systems are legal, which they currently aren’t.

Audi had planned to offer the industry’s first L3 system—hands-free operation without constant monitoring (eyes-off the road) under certain conditions—with the 2019 A8. But the company had scale back to L2 due to the slow-moving regulatory processes in Europe and the U.S.

Currently, the A8 is the only production vehicle that offers lidar. That system is supplied by Valeo and Quebec City-based Leddar Tech.

A handful of other models are due to add L3 lidar technology in coming years. In addition to the iNext, the list includes the Mercedes S-Class and Volvo XC90 in 2021 and 2022, respectively.

As with the first-generation InnovizOne, the new low-cost system is a MEMS (micro-electro-mechanical system) solid-state scanning lidar. 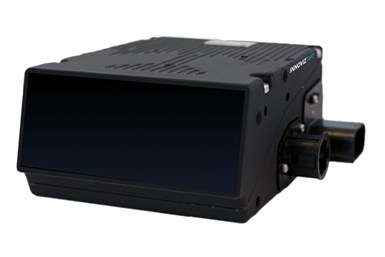 The new unit will be smaller, use fewer lasers and consume significantly less power than its predecessor, Innoviz says. At the same time, it will match or better the current unit’s 200-meter (650-ft) range, 10% reflectivity and 0.1 x 0.1 resolution.

The 70% cost reduction is expected to lower the system price—including hardware, software and integration—set by production partners to less than $500. Innoviz says it achieved the reduction through a combination of chipset optimization, component consolidation, simplified electro-optical design and improved manufacturing processes.

Innoviz, which was founded in 2016, developed the system’s control chip, photodetector, application-specific beam steering mechanism and integrated circuit (ASIC). Everything but the latter was redesigned and enhanced for InnovizTwo.

Innoviz says it currently in discussions with several Tier One suppliers as potential partners to produce the new lidar system.

The company is teaming with Magna on the BMW application, which includes a Mobileye EyeQ5-based vision system. It also has development partnerships with Aptiv, Harman and China’s HiRain on other potential InnovizOne programs.

"InnovizTwo will allow more car makers to offer safe L2+,” Keilaf says. This will pave the way to L3 automation, he adds, and “eventually enable the autonomous revolution."