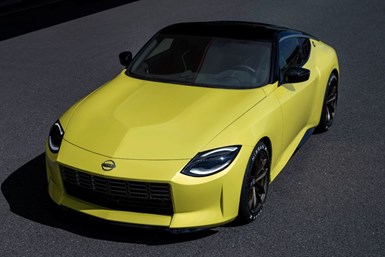 In developing the prototype model, which will provide the basis for an all-new Z sports car, Nissan paid homage to several past incarnations of the iconic nameplate that was introduced in 1969 as the Fairlady Z in Japan and Datsun 240Z in the U.S. and other markets.

"Our designers made countless studies and sketches as we researched each generation and what made them a success," says Nissan Design Chief Alfonso Albaisa. "Ultimately, we decided the Z Proto should travel between the decades, including the future."

The car is described as being about 98% of what’s in store for the production model.

But details are scarce. Here’s the entirety of the protype’s initial specs:

This makes the Z Proto nearly five inches longer than the current 370Z, which bowed in 2009, thanks mainly to longer overhangs. It also is slightly wider and taller.

The V-6 likely will be a high-output 3.0-liter mill. An automatic transmission option also is said to be in the works.

The new model, which could be called the 400Z, will retain a rear-wheel-drive layout with an emphasis on performance handling. 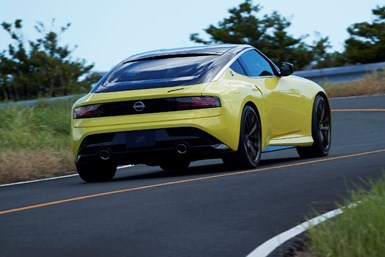 "The Z has always been a strong dynamic performer, making it easy for customers to enjoy its capabilities and feel as connected as possible to the car," explains Hiroshi Tamura, chief product specialist of the Z Proto. 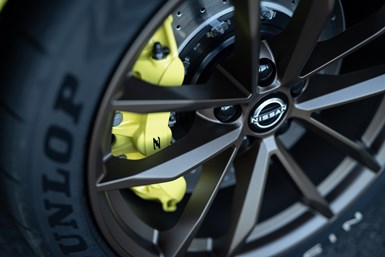 “Z is a balance of power and agility," he adds. “It is a vehicle that creates a connection with the driver not just on the physical level, but emotionally, and responds to the driver's impulses.”

Penned and developed by Nissan’s design team in Japan, the Z Proto serves as its own history lesson with a variety of retro-Z styling cues mixed with modern updates. Not surprisingly, the 240Z/Fairlady is front and center. Nods to the first-generation model include the car’s signature long hood, pointy nose—with chrome highlights across the grille—teardrop-shaped headlights and sloping rear deck. The latter is emblazoned with a “Fairlady Z” for good measure.

The prototype's bright-yellow pearlescent coloring is a tribute to a popular paint scheme on the first-generation Z (S30) and 300ZX (Z32). 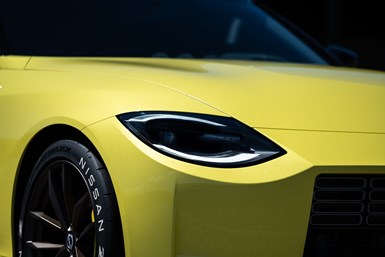 The Proto’s clear dome lenses over the headlamps mirror those of the Japanese market 240ZG of the 1970s. Under light, Albaisa notes, the design “gives off two circular reflections over each headlight.”

The ’90s-era 300ZX also is well represented in the Z Proto. Such comparisons are most prominent in the taillights and the overall shape of the rear end, especially above the rear diffuser. Albaisa, who first saw the 240Z as a six-year-old in Miami, also credits his work on the fifth generation 350Z and current 370Z as inspirations. These are reflected in the Proto’s rectangular grille, vertical character lines on the front fascia and muscular rear fenders.

It isn’t all about the past. On the inside, the Proto's cabin blends modern amenities with vintage design cues and motorsports influences.

Highlights include a 12.3-inch fully digital triple gauge cluster positioned on the top of the dash and a larger center-stack infotainment touchscreen display. The driver-focused layout angles the controls accordingly. The “deep-dish steering wheel” also is designed to provide quick access to controls, according to the carmaker.

Yellow accents — including stitching on the instrument panel hood, dashboard and door panels—lend a sporty flair. A layered yellow gradation stripe in the center of the seats contrasts the black upholstery.

Nissan has sold about 1.8 million Z cars worldwide over the years, including more than 1.3 million in North America. 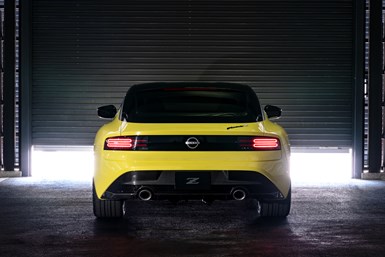 Albaisa says the upcoming seventh-generation Z is the “democratization of a true sports car.”

“Some may wonder why we are continuing to develop the Z. To me, that's like asking why humans breathe. It's an integral part of life for Nissan.”