Subaru Corp. may shift its WRX and WRX STI from their current sedan layouts to coupes, a body style the compact performance cars haven’t used in about 20 years.
#asia #Toyota #Subaru

Subaru Corp. may shift its WRX and WRX STI from their current sedan layouts to coupes, Japan’s Best Car reports.

The first-generation WRX (World Rally eXperimental) was launched as a variant of the Impeza compact sedan/wagon in 1992. A coupe variant was briefly offered later in the ’90s. 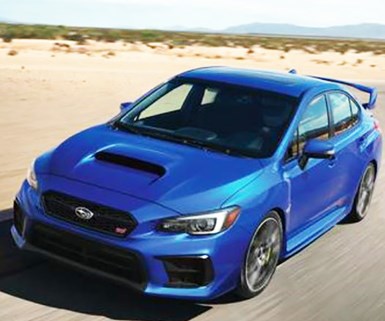 Best Car says Subaru could collaborate with Toyota Motor Corp. in some way on the new compact performance cars. Subaru already assembles cars for Toyota, which increased its stake in the smaller carmaker to more than 20% this autumn. The two companies also have agreed to work together on autonomous and electric vehicle systems.

One possibility would be to use Toyota’s New Global Architecture (TNGA) for the next-generation WRX. Subaru builds all its new models on an all-wheel-drive global platform that debuted in 2016.

The aging BRZ and its Toyota GT86 twin use an old Subaru rear-wheel chassis. Previous media reports have suggested that the next-generation BRZ and GT86 could be carried by the TNGA to maintain a rwd layout.

An all-new performance model smaller than the current WRX also has been rumored. That vehicle also is said to be a joint project with Toyota.