The pace of change in automotive engineering is accelerating at an unprecedented rate that requires new development processes, work skills and purchasing models, according to Nexteer Automotive. 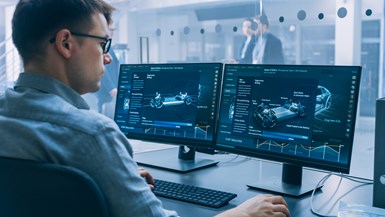 The trend has quickened in the last few years, with carmakers pushing more work down to suppliers and demanding faster and better results. This requires greater efficiency and continuous innovation, Krieger adds.

The transition is underscored by new product development protocols.

“In the software world, we get new requirements and design and validate in a matter of weeks,” Krieger says, noting that traditional design, build and validation processes typically take months for each step for mechanical products.

“We do many development cycles asynchronous to mechanical validation,” Krieger says. “The industry trend requires a faster pace and more efficient use of capital.”

As a result, Nexteer is increasingly using hardware- and software-in-the-loop tools that can simulate all aspects of the vehicle—including electronic control units—throughout the development process.

But even bigger changes are coming.

Carmakers are developing new electronics architectures with centralized control systems in which a handful of domain controllers replace more than 100 individual ECUs.

The integrated system will better coordinate communications and performance capabilities between different systems, which promises to create more opportunities for Nexteer’s steering products. 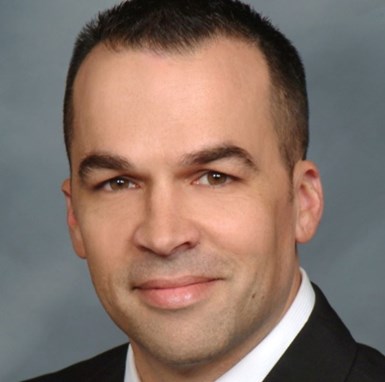 “Once you have a domain controller, working at the next level up with access to multiple actuators, touching steering, suspension, braking and possibly powertrain, you can do more system optimization,” Krieger says.

But centralized architectures also could lead to more competition from non-traditional automotive suppliers.

“As new layers of control are added, some features will move off board into the rest of the architecture, Krieger says. “This will open up space for more software-centric companies to develop and compete with us, he adds, noting that tech companies currently can’t compete with Nexteer’s safety critical software embedded in stand-alone actuators.

Nexteer plans to launch a new steering actuator next year that will enable over-the-air software updates.

Such systems also could allow greater connectivity with other vehicles and the surrounding infrastructure that tap into artificial intelligence and cloud computing. If a preceding car encounters black ice, for example, the information could be quickly shared with other motorists to prepare accordingly.

“All OEMs are requiring OTA flash into our actuator so we can add features,” Krieger says. “As we venture into domain controllers, we can leverage our expertise to innovate new solutions and use crowdsourced data.”

Recent software advances also makes long-awaited steer-by-wire (SbW) systems feasible. But it will take several years for carmakers to design the feature into new platforms. Krieger expects the first production applications to be introduced by about 2025.

The technology, which replaces the mechanical connection between the steering wheel and road wheels with electronics and actuators on the steering column and rack, will enhance stability, reduce weight and improve packaging flexibility, Nexteer says.

The software revolution also is changing how suppliers and carmakers work together, Krieger asserts.

As OEMs push more development work down the chain, he says, suppliers need to become much more agile and develop new purchasing models for flexible engineering services rather than simply designing toward pre-defined specifications that are set three years ahead of production.

“Software doesn’t align with traditional purchasing models. As an industry we have to define new methods to buy and sell engineering services.”

Krieger envisions something similar to feature-oriented subscription services, such as Cadillac’s Super Cruise Level 2 autonomous driving system. Although he doesn’t know exactly how this would work for steering systems, Krieger is confident that changes will be made.

“With demand going up for software, I think the need will present itself.”

Nexteer has significantly staffed up its global engineering resources to support the software paradigm.

About half of the company’s 1,400 product development team now are focused on software systems. This compares to just 20% of a much smaller base a decade ago.

The group is split between Nexteer’s main engineering facility in Saginaw, Mich., and technical centers in China, Poland and India (the latter three have been added in the last eight years).

The new India center in Bangalore, which was opened in 2018, is taking the lead in many areas, including managing regulatory compliance and all global production releases. Krieger praises members of the team, which now totals more than 200, for their analytical skills and ability to break problems down to their root causes.

But he acknowledges that the transforming the engineering workforce is an ongoing endeavor. The key for himself, he says, is to be a good listener and open to different perspectives and ideas.

“The only constant about software, is change.”