Heidi King, who has served as acting head of the National Highway Traffic Safety Administration for more than a year, reportedly is quitting.
#people #Carbon

Heidi King, who has served as acting head of the National Highway Traffic Safety Administration for more than a year, reportedly is quitting. 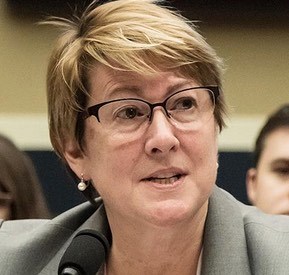 E&E News cites four sources, who says King’s departure could come as soon as next week. Sources tell Reuters that King, who has been awaiting Senate confirmation for the top NHTSA jobs since June 2018, is not being forced out.

King has played a key role in the White House’s plan to implement a six-year freeze on further federal emission and fuel economy standards, beginning in 2021. The scheme would replace current standards that would aggressively lower carbon dioxide limits during that period and sharply raise average fuel economy targets for carmakers.

The Trump administration argues that the cost of meeting the tougher standards would drive up new-car prices and hurt demand for cleaner and safer vehicles. Skeptics question that assessment and point out that consumers would pay more to fuel the less efficient cars that result from a regulatory freeze.