Buy an EV, Lease Its Battery

Why buy an electric car when you buy and lease it?

Shanghai-based startup Nio is testing the battery-as-a-service option in China, Bloomberg News reports. The impact on purchase price is huge, since the battery is the most expensive component in any EV. 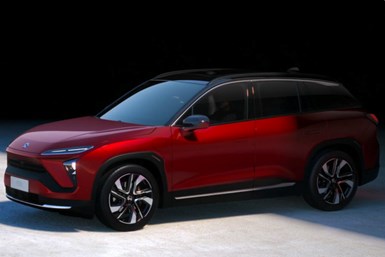 Consider Nio’s zoomy ES6 crossover. Consumers can buy the SUV ready-to-go for $49,700. Or they can purchase the vehicle itself for $39,500 and lease its battery for $142 per month.

Besides lowering the purchase price, the latter option gives owners the ability to seamlessly replace the battery or inexpensively shift to more powerful systems as they become available.

The battery leasing operations will be orchestrated by Wuhan Weineng Battery Asset Management, a $116 million venture involving Nio, CATL and other investors. The new company will handle everything from battery development to recycling, including mobile charging.

Those services initially will be for Nio vehicles only. But Nio CEO William Li says the leasing company is open to deals with other EV makers. Adds CATL, “We’re very bullish on this business model.”

Other EV companies, including Tesla, have toyed with the idea of equipping their cars with battery packs that, when depleted, could be swapped out in minutes with a fully charged unit. Bloomberg says China’s BAIC Motor is the only other company currently offering the option, although only for fleet customers.

Launched in 2014 as NextEV, Nio made a big initial splash with its EP9 supercar. The 1,360-hp car could zip to 100 kph in 2.7 seconds and achieve a top speed of nearly 200 mph. Nio planned to sell six of the cars, then move on to more practical models. 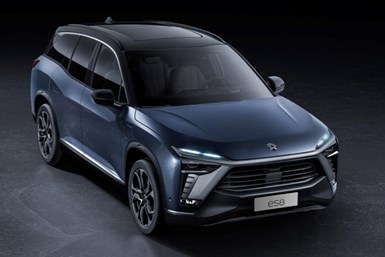 In 2017, Nio rolled out its first mass-market vehicle, the seven-passenger ES8 crossover, at $68,000. The car’s two electric motors produce 644 hp and can hurl the SUV from zero to 100 kph in 4.4 seconds. The smaller EC6 crossover debuted a year ago, and its ES6 variant is coming out now.

Nio predicted three years ago—inaccurately, as it turns out—that it would be operating a nationwide battery-swapping network of at least 1,100 stations in China by 2020. Last year the company began testing a service for customers that for $42 would whisk their EV away for a quick recharging, then return it a few hours later.

Nio also is working with Intel’s Mobileye unit to develop Level 4 autonomous EVs for the Chinese market by 2022. The carmaker originally predicted it would be building self-driving cars by now.