To say that Nissan’s supplier relationships aren’t very good would be a huge understatement.

The carmaker has consistently scored near the bottom of the annual North American Automotive OEM-Supplier Working Relations Index. This year, Nissan was dead last of the six OEMs ranked, finishing well behind perennial leaders Toyota and Honda.

Yet suppliers are expected to play a key part of the smaller Japanese carmaker’s latest turnaround plans, which include cutting costs by $2.9 billion yen, launching a dozen new products—while trimming its global lineup—and transitioning to autonomous, electrified and connected technologies. 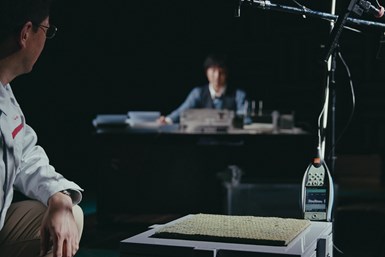 Under former CEO Carlos Ghosn, Nissan was able to streamline its supply base and convince those who remained to cut costs. Suppliers bought into the plan based on the promise of higher volumes, Reuters notes, which Nissan delivered on by growing its global market share.

But expansion is no longer a viable near-term strategy. In fact, Nissan is in the process of slashing its production capacity by 20% and expects sales to fall further in coming years.

Getting suppliers on board with renewed cost-cutting goals in such an environment won’t be easy, acknowledges COO Ashwani Gupta.

"We need to have a logic to convince both internally and externally that this is why we want the rationalization," he tells Reuters.

This will require creating a “technological partnership at a very early stage," Gupta adds.

Nissan lists a couple of examples of its vision for the new relationships:

Nissan also is increasingly turning to Toyota-affiliated suppliers, which analysts estimate now account for 10% of the carmaker’s parts.

The reason? Toyota suppliers typically are larger than Nissan’s own keiretsu base, thus can provide economies of scale cost benefits, explains William Nestuk, an analyst at Pelham Smithers.

"Nissan cannot currently fund the development of next-generation technologies without input from either the Renault side and/or from Toyota suppliers," Nestuk tells Reuters.

To this end, the carmaker is becoming more humble and polite in its interactions, according to one vendor. And that’s at least a start in the right direction.