Ohio-born Hirshberg was a musical prodigy who played clarinet for the Cleveland Youth Symphony. As a teenager, he formed a rock ‘n’ roll band called Jerry Paul & the Plebes. His group was an opening act for such heart-throbs as Frankie Avalon, Fabian and Bobby Rydell. 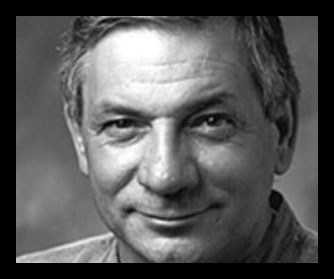 In the late 1950s, Hirshberg studied liberal arts and mechanical engineering at Ohio State University. He transferred to the Cleveland Institute of Art, where he graduated in 1963 with an art degree in painting and design. But by then, his interest was shifting again, this time to industrial design.

Hirshberg was hired as a designer in 1964 by General Motors Corp. Soon he was collaborating with another rising star, John DeLorean, to pen models for GM’s Buick (Le Sabre, Riviera and Skyhawk) and Pontiac (Firebird, GTO, Grand Prix and Sunbird) brands.

In 1979, Nissan Motor Co. lured him away to open NDI, the company’s first design center outside Japan. He served as the facility’s president between 1980 and 2000. During his tenure, the La Jolla-based center designed about 75% of all Nissan models sold in the U.S. His designs included the Pathfinder and Xterra SUVs, Pulsar NX sport coupe, Altima sedan and Quest minivan.

Hirshberg’s final major design project at NDI was the next-generation of Nissan’s iconic Z series sport cars in 1999. When he retired as president of NDI a year later, The New York Times described him as the most recognizable automobile designer in America.

In retirement, he returned to painting. His book, The Creative Priority, has been described as one of the world’s 25 greatest books about creativity.