Nissan Motor Co. is discontinuing the hybrid-electric version of the Rogue compact crossover vehicle in the U.S. after just three years on the market.
#HP #Nissan

Nissan Motor Co. is discontinuing the hybrid-electric version of the Rogue compact crossover vehicle in the U.S. after just three years on the market. 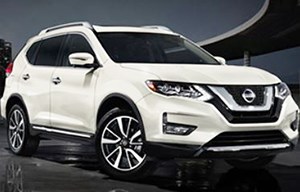 The hybrid model fell short of projections that it could capture 15% of all Rogue sales in the country. Analysts attribute the poor sales to the hybrid’s $2,800 premium over the conventional Rogue—with only a relatively modest bump in fuel efficiency.

The 2019 model hybrid has a U.S. Environmental Protection Agency rating of 34 mpg for front-drive models and 33 mpg for all-wheel-drive variants vs. 29 mpg for a Rogue (pictured) with stand-alone engine (27 mpg with awd).

EPA calculates it would take about 14 years for the hybrid’s fuel savings to offset the added cost of the technology. The hybrid crossover teams a 2.5-liter engine with a 30-kW electric motor for a combined output of 176 hp. The conventional Rogue is powered by a 2.5-liter 4-cylinder engine that makes 170 hp and 175 lb-ft of torque.