Commercial sales will pivot to sedans and crossover vehicles.
#Nissan

Nissan says it will stop making and selling commercial vans in North America next summer.

The move makes sense, since Nissan has been a negligible player in the American van market. 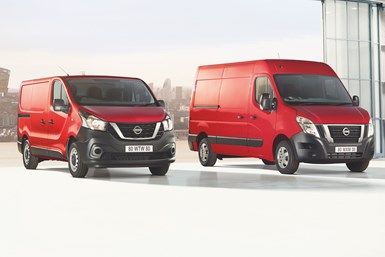 On the way out in N.A.: Nissan NV vans (Image: Nissan)

The U.S. van market is dominated by Ford, which controls nearly 50% of sales, followed by General Motors with a 25% share, according to Automotive News. Nissan, with a mere 5% of the market, sold fewer than 39,000 of its NV series vans in the U.S. last year.

Dealers tell AN that Nissan’s lack of product depth on the pickup truck side—where it offers the fullsize Titan and aging midsize Frontier pickups to commercial buyers—hurt the company’s fleet sales. They point out that many buyers need both types of vehicles, and they prefer to buy from the same source.

Undeterred, Nissan says it will continue to pursue sales to fleets and small businesses by pushing its lineup of sedans and crossover vehicles.

Next week the company will debut a new program called Business Advantage, that will tout its entire product lineup (except for the GT-R sports car) to would-be fleet buyers. The plan will offer discounts, financing and priority service on the purchase of as few as two vehicles.

Nissan’s retreat from the North American van market comes a decade after the company began its failed attempt to make a dent in the dominant positions held by Ford and GM.

Bailing out now is part of the carmaker’s retrenchment after the collapse of the “volume-at-all-cost” strategy of ex-Chairman Carlos Ghosn. Touting its remaining products to businesses is a low-cost way for Nissan to continue a presence in the American commercial vehicle market.