Nissan plans to equip more than 20 models worldwide with limited self-driving capabilities by 2024.

The company says it is pushing ahead with semi-autonomous systems to collect more data about usage, while boosting volume to reduce system cost. 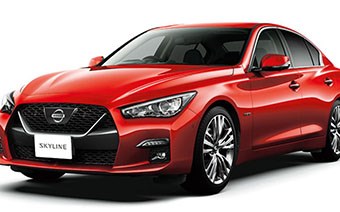 Base-level vehicles will come with Nissan’s 4-year old ProPilot system. The technology enables a vehicle to operate autonomously within its own lane at speeds as great as 100 kph (62 mph).

More expensive models will get Nissan’s new ProPilot 2.0 system, which can brake, accelerate and steer automatically—including performing hands-free passing maneuvers. Even so, Japanese traffic laws require drivers to keep their hands on the steering wheel.

The original system is considered a Level 1 driver aid. The new technology steps up to Level 2, Both variants require constant driver monitoring.

Nissan debuted ProPilot 2.0 in Japan a year ago in its venerable Skyline sport sedan. The feature employs a dozen ultrasonic sensors, seven cameras and five radar devices. But it works only on roads that have been charted with high-definition GPS maps.

The company’s Ariya small electric crossover vehicle due in 2021—along with several upmarket models—also will get the more advanced technology. Last month, Nissan announced that nine of its models in China, accounting for 70% of sales in the country, will offer ProPilot 2.0 by 2022.

Like its rivals, Nissan also is working on Level 3 autonomous driving systems, which expand conditions under which a vehicles can navigate itself.