Nissan hopes to stop its financial bleeding with cuts to staff, capacity and products.

The prescription, dubbed Nissan Next, aims to cure the company of its just-reported first fiscal year net loss—$5.6 billion—in more than a decade. Unit sales slid 11% to 4.93 million vehicles.

To turn itself around, the company says it will: 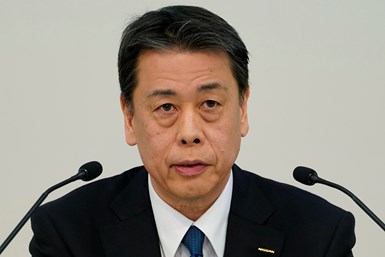 Nissan intends to hit most of those targets within four years. It won’t be a project for the faint-hearted, warns Makoto Uchida, Nissan’s third CEO in 12 months.

“We must admit our mistakes,” which include a failed quest for “excessive” sales expansion, he declares, adding, “These steps need to be taken decisively and without compromise.”

Uchida seems to mean business. Back in February and only two months into his new job, he famously urged Nissan shareholders to “fire me immediately” if they don’t like his agenda.

So far, the turnaround has been slow-going in Nissan’s most important market after China: the U.S. Nissan’s sales in the U.S. through the first three months of 2020 skidded 30% in a market that shrank by 12%.

Uchida concedes that efforts in the U.S. to dial back costly sales incentives and introduce badly needed new or refreshed products have taken “significantly more time” than expected.

Nissan confirms it will permanently close its assembly plant in Barcelona, Spain, and one of two co-located factories in Indonesia. The latter facility, which made Nissan’s entry-level Datsun models, reportedly suspended operations more than a year ago. 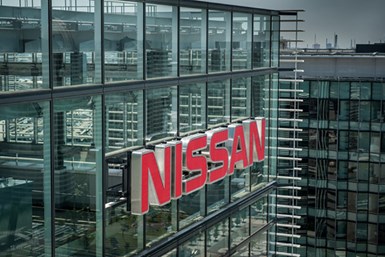 But the company gave its complex in Sunderland, England, a reprieve from widespread reports of impending closure. Uchida says unspecified steps are planned to improve the plant’s efficiency.

In the U.S., Nissan is rearranging product assignments at its two plants in the U.S. The moves will consolidate Altima sedan production in Canton, Miss., and shift Murano crossover vehicle operations from Canton to Smyrna, Tenn. The factories, which were idled in April by the coronavirus pandemic, are slated to ease back into operations on June 1.

Nissan says it will abandon the South Korean market. The company also will pull its ailing Datsun brand out of Russia. But Datsun will live on, at least for now, in India and South Africa.

At the same time, Nissan is on track to introduce a dozen new models in 18 months. Eight of them will debut in the U.S., although it will take 28 months to bring all of them to market.

Nissan also confirms heady plans for the electric vehicle market. The company will introduce eight all-electrics and plans to turn to new markets in which to add its latest hybrid powertrain for small and midsize vehicles.

In four years, Nissan targets annual global sales of 1 million EVs and hybrids. By then, it forecasts that electrified vehicles will account for 60% of its sales in Japan, 50% in Europe and 23% in China.

That effort, which averted almost certain bankruptcy, was led by a legendary cost-cutting hot-shot from Renault named Carlos Ghosn. Fresh from turning around Renault, his work at Nissan—before he pushed growth too hard—has been described as one of the corporate world’s most spectacular recoveries ever.

Can Uchida deliver similar results? If he wants to avoid having Nissan relegated to the annals of has-been car companies, he’d better.