No USMCA Penalties for 12 Months

Industry plunges into the specifics of new trade pact
#americas

North American carmakers and parts suppliers will have a penalty-free 12 months to figure out how to comply with the new U.S.-Mexico-Canada Agreement. 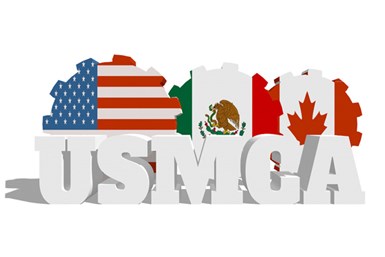 Everyone is supposed to certify by the end of 2020 that their current and future production plans align with the local content requirements of the new agreement.

But U.S. Customs and Border Protection says companies will be spared penalties during an additional six-month grace period through the first half of 2021. During that time, the customs office says it will offer advice about cleaning up any non-compliance issues.

The focus is on two new rules. First, to qualify for duty-free status within North America, vehicles produced there must contain 75% local content by value, up from 62.5% under NAFTA. Second, at least 40% of a vehicle’s value must come from workers in North America who are paid at least $16 per hour, which these days means Canada and the U.S.

Getting Up to Speed

Those two goals were set early on. But OEMs and their suppliers haven’t had much time to get up to speed on the details of compliance.

Canada, Mexico and the U.S. agreed to the pact nearly two years ago but didn’t complete the ratification process until last January. Specifics about just what USMCA requires were released only four weeks ago. The Dept. of Labor’s take on the “high-wage” part of the rules was published today in the Federal Register.

The 75% local content requirement is expected to take 3-4 years to phase in completely. But carmakers and suppliers still must certify their products over the next 12 months to meet the initial terms of the pact.

Carmakers and their suppliers hail the new agreement for ending two years of trade uncertainty. Noting that 90% of Congress supported USMCA, the Motor & Equipment Manufacturers Assn. says the pact “may prove to be a new model for trade in the hemisphere and beyond.”

But the industry remains nervous about meeting USMCA requirements in a timely fashion, especially after being hit this year by the financial impact of the coronavirus pandemic. Ann Wilson, who heads MEMA’s government affairs, cautions that compliance will be difficult for smaller suppliers, even with the extension.