A German court in Mannheim has sided with Nokia in a messy patent dispute with Daimler about the use of vehicle connectivity technology.

The regional court’s ruling enables a sales ban on Mercedes-Benz cars sold in Germany, but only if Nokia provides $8.3 billion in collateral in case the ruling is later overturned. 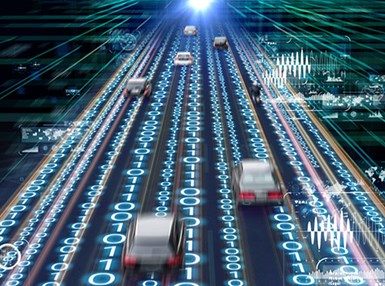 Nokia wants to get paid for the use of its patents covering telematics control units that, for example, enable smartphones to pair with a car’s infotainment system. Daimler argues that the Finnish company charges too much and is abusing its market position.

Nokia expects Daimler to pay a fee per car for using its patents, just as BMW Group and Volkswagen Group do already. Daimler has countered by suggesting that Nokia license suppliers who actually make the products that utilize the technologies.

The Mannheim court says it ruled in favor of Nokia because “Daimler and its supporters in the case aren’t willing to take a license.” Nokia hailed the ruling. Daimler, vowing to appeal, tells Bloomberg News, “We cannot understand the verdict.”

The argument centers on Nokia’s “standard-essential patents,” meaning those that protect a technology that is required to comply with a technical standard, such as one dictating the rules of cellular phone service.

Nokia has been trying to enforce its patents in at least six German courts, Bloomberg reports. The debate is such a mess that Germany’s cartel office asked the Mannheim judges in June not to rule until they conferred with the European Court of Justice.

The Mannheim judges shrugged off the advice. They have dismissed one lawsuit and stayed the other two pending a ruling on their validity by Germany’s patent court.

Bloomberg says at least three more related lawsuits are underway in other German courts. Two were filed by Nokia and seek to defend the company’s technology. One case brought by Daimler asks that Nokia’s patents be nullified. 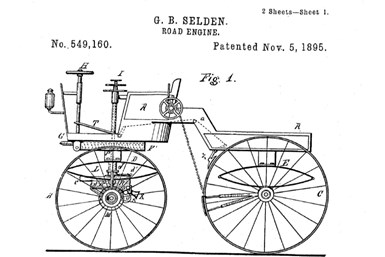 This isn’t the first brouhaha over patents of auto industry fundamentals.

The greatest of all came in 1895, when George Selden patented the automobile itself. He successfully defended his claim until 1911, collecting fees from several fledgling carmakers.

Later came inventor Robert Kearns, who patented the intermittent windshield wiper system in 1964. When carmakers began to incorporate the concept several years later, he began suing more than a dozen of them, famously prevailed over Ford and Chrysler in cases that each took a decade or more to settle.

More recently, almost all major makers of hybrid powertrains have ended up paying royalties to Baltimore, Md.-based Paice for its patents, which cover the fundamental design of such powertrains.

Nokia isn’t expected to put up the billions in collateral required under German law to force a ban on Daimler sales in the country.

But with a big pile of unresolved lawsuits ahead, a definitive court ruling over the Nokia patents is far from imminent.