Oil Demand Will Slow but Not Stop Through 2040

Growth in worldwide demand for oil will slow by 2025 but not shrink until sometime after 2040, the Paris-based International Energy Agency predicts.

Last year, global demand for oil averaged 97 million barrels per day. IEA says annual growth beyond that level will slow to about 100,000 bpd through the 2030s, pushing overall consumption to 106 million bpd by 2040. 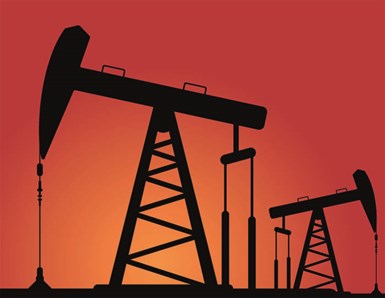 IEA says overall global energy demand will rise an average 1% per year to 2040. More than half to increase will be provided by solar panels, with natural gas supplying another one-third.

The agency raised its outlook for the number of electric vehicles on the road by 2040 to 330 million from 300 million. That EV fleet will lower petroleum demand by 4 million bpd, IEA says.

Even so, the agency expects carbon dioxide emissions will continue to rise through 2040, driven by global economic growth and an expanding population, acording to Reuters.

U.S. oil production will slow but still account for 85% of overall growth in petroleum output to 2030. IEA predicts that U.S. output of oil and gas from shale will surpass Russia’s total oil and gas production by 2025.

The gains by U.S. oil producers will erode the overall market share held by Russia and the Organization of the Petroleum Exporting Countries to 47% of global production in 2030 from 55% less than a decade ago.