On Your Left: Bikes in the Passing Lane

Bicycle sales have more than doubled during the coronavirus pandemic. Will it last?

For the first time in 20 years, AAA is not issuing a Memorial Day travel forecast, which estimates the number of people traveling across the U.S. over the holiday weekend.

There’s no need to this year, as most people are expected to continue to stay close to home, even as businesses start to reopen and restrictions are lifted after the two-month COVID-19 lockdown.

Maybe AAA should issue a bike alert instead. No joke. 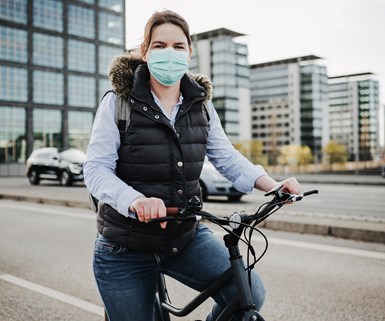 Bicycling is fast becoming a national pastime, with Americans embracing two-wheelers as a form of exercise, transportation and simply as a safe reprieve from sheltering in place.

While new car sales ground to a halt, bicycles have been flying (speed pedaling?) out of stores.

Companies are reporting record sales across all categories of bikes. NPD, a market research firm that tracks various retail markets, shows year-over-year increases in March of:

In some cases, sales jumped six- or sevenfold and were limited from doing more only by global supply constraints. At the end of April, many stores and distributors reportedly had sold out of low-end consumer bikes.

Will the Trend Last?

Recent studies indicate consumers will be less likely to use public transportation and ride-hailing services as they look to maintain some form of social distancing. This could help bump near-term sales of personal vehicles.

But it’s too early to assess long-term effects.

Bicycle usage has been steadily increasing around the world over the last few years. China has dedicated bicycle highways, and The Netherlands recently opened a three-story bicycle garage.

Even the U.S., which has long lagged most other countries, has shown an uptick in recent years to avoid crowded city streets. However, no U.S. city has cracked the top 20 list of bike friendly markets since 2011, according to the biennial Copenhagenize Index.

Nearly half of all commuters in Copenhagen use a bike. This compares with about 6% in Portland, Ore., which has the highest percentage of cycling commuters in the U.S. So, there definitely is room for growth. City officials in New York expect such transportation to increase as an alterative to buses and subways in coming months.

Seattle is taking a more proactive approach. The city is permanently closing off about 20 miles of residential streets to most through traffic to encourage bicycle use and neighborhood walks.

But the rapid influx of bike-sharing services already had started to ebb in the U.S., with several companies pulling out of major markets last year. The situation has become much more dire in the wake of the coronavirus.