Uber Technologies Inc. has created a Self-Driving Safety and Responsibility Board to oversee the company’s Advanced Technology Group.

Uber Technologies Inc. has created a self-driving safety and responsibility board to oversee the company’s Advanced Technology Group (ATG), which is developing and testing autonomous vehicle systems.

The independent board was one of several recommendations made in a report issued in October 2018 by law firm LeClairRyan. Uber commissioned the external review in the wake of an accident earlier that year in which one of its test vehicles operating in autonomous mode struck and killed a pedestrian in Arizona. 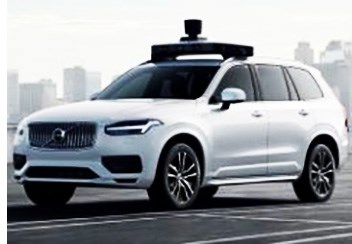 The six-member board will be led by George Snyder, who is president of aviation safety specialist GHS Group. His appointment is in line with the LeClairRyan report, which advised Uber to adopt safety practices from the aviation industry, including creating a mechanism for employees to submit safety concerns.

Former National Highway Transportation Safety Administration chief Jeffrey Runge, will serve as vice chairman. The other members of the board are:

The board, which already has held its first quarterly meeting, is charged with reviewing, advising and suggesting changes to ATG’s policies. The group will help identify potential risks, implement best practices and work to increase public understanding of self-driving vehicles. Uber says the board’s findings and recommendations won’t be publicly released.