Panasonic: Tesla Batteries Getting a Boost

Panasonic, which has long supplied batteries to Tesla, says it will improve the energy density of its cells by 20% over the next five years. 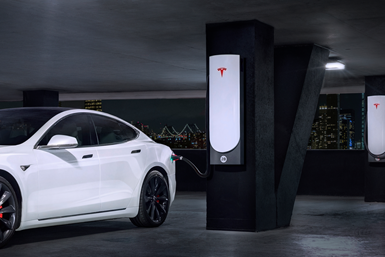 The improvement will enable Tesla’s electric vehicles to travel farther in between charges without having to increase battery size.

Or the carmaker could opt to use a smaller pack, while maintaining the same capacity to cut weight and reduce packaging constraints (i.e., roomier interiors).

Either way, it’s a win-win for Tesla and its customers.

Panasonic will begin in September to convert assembly lines for the upgraded batteries at the Nevada Gigafactory it operates with Tesla, Yasuaki Takamoto, who heads the supplier’s EV battery operations in the U.S., tells Reuters. 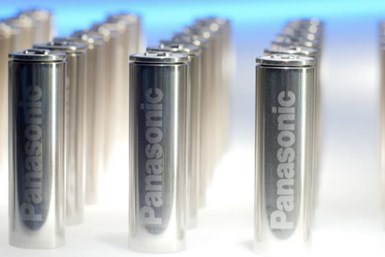 Takamoto also confirms that Tesla plans within three years to eliminate the use of cobalt in future batteries.

Panasonic already has cut the content of cobalt—a pricey “conflict material” primarily sourced from mines with questionable labor practices in the Democratic Republic of Congo—to less than 5% with its current chemistry.

Takamoto says Panasonic is making adjustments to counter potential safety risks associated with higher energy density and the elimination of cobalt, which acts as a stabilizer. These include improved thermal management.

Tesla is turning to other suppliers as Panasonic struggles to keep pace with the carmaker’s escalating volume.

Tesla eventually aims to produce its own battery cells. CEO Elon Musk says this is essential to reducing costs and ensuring the company can meet future demand.

Details of the carmaker’s secretive “Roadrunner” development program are expected to be revealed during a Battery Day presentation scheduled for Sept. 22.

Earlier this week, Musk also suggested another option. In a tweet, he said "Tesla is open to licensing software and supplying powertrains and batteries. We’re just trying to accelerate sustainable energy, not crush competitors!"