Panasonic Corp. is working with the Utah Dept. of Transportation to build a transportation data network to improve safety and traffic flow on the state’s highways.
#tech

Panasonic Corp. is working with the Utah Dept. of Transportation to build a transportation data network to improve safety and traffic flow on the state’s highways.

In-vehicle and roadway sensors and software will collect and transmit data 10 times per second. The data is sent to a central cloud-based system, and then shared with DOT traffic centers. 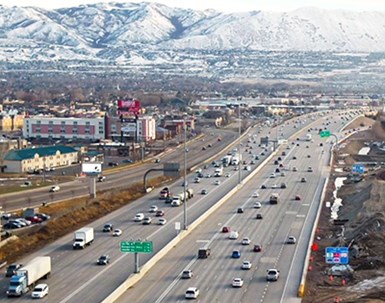 DOT will analyze the information and take any appropriate actions, such as dispatching emergency vehicles or diverting traffic based on road, weather and traffic conditions—including accidents and stalled vehicles. Drivers of connected vehicles also will be alerted in real-time of possible delays and provided with alternative route suggestions.

Panasonic and Utah plan to invest $50 million in the program, starting with 30 state-owned vehicles and installing sensors at 40 roadway sites. Future phases are expected to cover 220 installation points and 2,000 vehicles.

The network will be based on Panasonic’s Cirrus traffic management system. The open-architecture technology enables other government agencies and third-party organizations to develop and connect their own applications in coordination with the state’s DOT.

Utah currently operates two connected vehicle corridors. Specially equipped buses can communicate with traffic signals along these roads to extend green lights if the bus is running behind schedule.