Paris has begun testing a device that can automatically measure a vehicle’s noise level and issue a ticket if local laws have been violated.
#tech #europe #TriumphMotorcycles

Paris has begun testing a device that can automatically measure a vehicle’s noise level and issue a ticket if local laws have been violated. 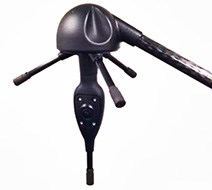 Developed by Bruitparif, a non-profit environmental organization, the so-called noise radar system consists of four microphones that measure decibel levels every tenth of a second. The technology triangulates where a sound originates, displaying an “acoustic wake” of colored dots behind a moving source of loud noise.

When linked to a police camera, the system can read the license plate of an offending vehicle—similar to automated cameras used to identify speeders and red-light violators. Bruitparif’s device aims to thwart motorcycles and sports cars from racing their engines while driving through city centers.

About 40 of the devices have been in operation for several months to monitor noise levels near busy bars in Paris. The suburb of Villeneuve-le-Roi, near the Paris airport, is expected to be one of the first areas to use the technology, pending government approval.

A draft law, which is expected to be voted on this autumn, will allow local authorities to experiment with systems to record and fine motorists who exceed noise limits. A two-year trial program has been proposed to test technology and define the noise levels that would trigger fines.

France and other European countries already have legislation that limits vehicle noise. But few people are ticketed, because police must catch offenders in the act of breaking the law.

The European Union also is implementing more stringent noise requirements for new vehicles. By 2026, new vehicles sold in Europe will be limited to 68 dB, compared with 74 dB in 2016.