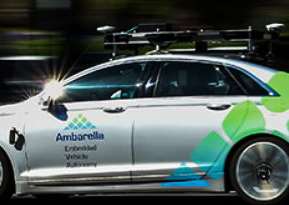 The system leverages Ambarella’s CV22AQ CVflow computer vision system-on-chip (SoC) and Momenta’s deep learning algorithms. The platform can be used for tracking vehicles in relationship to their surroundings.

Momenta says its vision-based mapping technology is scalable and production-ready. Through crowdsourcing, the system can generate real-time updates to map data, while using artificial intelligence to process big data.

With CV22AQ, Momenta is able to use a single monocular camera input to generate two video outputs. One is for vision sensing (perception of lanes, traffic signs, and other objects), while the other uses point extraction for self-localization, mapping and optical flow algorithms.

Suzhou, China-based Momenta raised more than $1 billion in funding last October. The company was founded in 2016.