Porsche AG’s redesigned 911 sports car contributes 29% of the company's profits, the industry's highest margin for any new model launched in 2019, according to a Bloomberg Intelligence analysis. 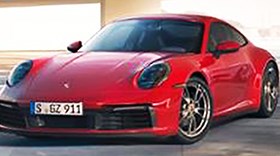 The 911’s profit level is even more impressive considering the car currently accounts for only about 11% of Porsche’s total vehicle sales. The carmaker launched the base coupe and Carrera S versions of the eighth-generation model this year and will add Turbo and other variants in 2020, which Bloomberg notes likely will generate even higher profits.

Bloomberg rates Aston Martin’s DBX supercar as the next-most-lucrative launch this year, contributing 21% of the carmaker’s profits. Other high-margin models are the Ferrari F8 Tributo (17%) and BMW X5 and Mercedes-Benz GLE (each at 16%).