It’s been less than a year since Porsche introduced the Taycan sport sedan, which is the brand’s first all-electric car. 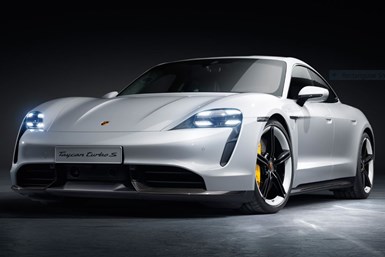 But that isn’t stopping the carmaker from adding several new features to keep things fresh.

The 2021 model will be available to order in the fourth quarter. U.S. deliveries will start early next year.

Here’s a look at what’s new:

An optional head-up display, with full-color graphics, can be divided into three sections to allow drivers to simultaneously view data regarding multiple vehicle systems.

One of the sections is designed for temporary content, such as incoming call notifications and voice control commands. A navigation display, power meter and a “user-defined view” can be selected as pre-sets.

A battery preservation mode has been added to the Taycan, which features an industry-first 800-volt architecture that allows users to reduce electric loads when they don’t need ultra-fast charging. 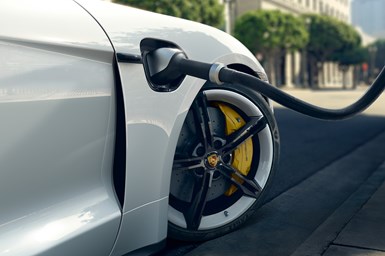 The function, which lowers charging rates from 270 kW to 200 kW, reduces power losses while charging and can prolong battery life.

A new system also has been added for home charging that constantly monitors electricity levels to prevent overloading. The function can automatically switch to solar power when available after the battery reaches a minimum charge capacity. 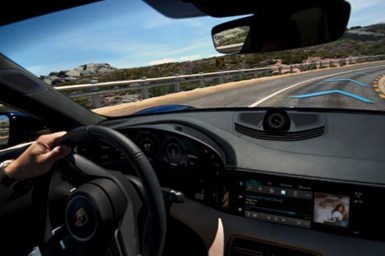 For 2021, four functions will be available to purchase. These include Active Lane Keep Assist (lane centering), Intelligent Range Manager and InnoDrive. The latter, which is available in models equipped with adaptive cruise control, automatically adjusts speed to upcoming road changes, such as curves, traffic circles and speed limits.

Does it Come in Frozenberry?

In addition, the Carbon Sport Design package, which was previously limited to the Taycan Turbo S, will be made available across the range.