Two battery options will be available. The base 50-kWh unit provides a driving range of 124 miles on Europe’s WLTP test cycle, while the 75-kWh pack is rated at 186 miles. 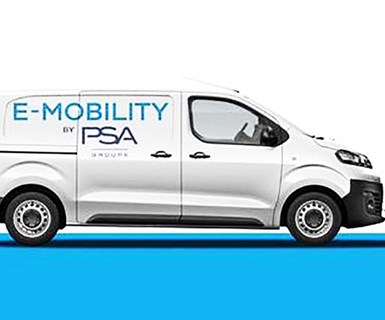 The rollout includes passenger and cargo variants of the Citroen Dispatch, Peugeot Expert and Opel/Vauxhall Vivaro. All four models will be produced at PSA’s Hordain plant in northern France. Electric motors for the vans will be supplied by the carmaker’s factory in Tremery, France.

Starting this year, all new PSA Group vehicles offer either a hybrid or all-electric powertrain. The carmaker aims to completely electrify its passenger and light commercial vehicle lineups by 2025.

PSA says its brands had a combined share of nearly 25% of Europe’s light commercial van market through the first half of 2019.