The coronavirus pandemic makes a merger between Fiat Chrysler Automobiles and PSA Group more urgent than ever. 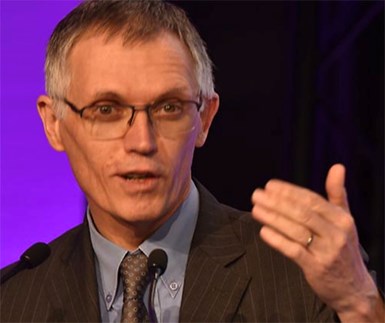 The carefully conceived $50 billion deal, which could be completed by about the end of the year, “is the best among the solutions to cope with the crisis and its uncertainties,” declares CEO Carlos Tavares to PSA shareholders.

FCA and PSA signed a binding agreement in December to create the world’s fourth-largest carmaker by sales (behind Volkswagen, Toyota and the Nissan-Renault-Mitsubishi alliance).

That estimate predates the COVID-19 crisis. But Tavares rejects suggestions that the merger should be recalculated now that neither company is likely to hit sales and earnings forecasts anytime soon.

FCA Chairman John Elkann delivered a similar message last month to the owners of Exor, the holding company that controls FCA. He reminded shareholders that the terms of the would-be merger are “set in stone” and that both parties remain determined to “get parity” out of the 50:50 deal.

Tavares contends that the sales slump makes the value of merging more urgent. He points to at least $4 billion in savings—without closing any plants—expected to accrue over the next four years.

He says the savings will come from shared platforms and components (40%), pooled purchasing (40%) and integrated back-office operations (20%).

Further “huge” value creation will accrue through further synergies over the next 10-20 years, Tavares says.

Coming from Tavares, these are not idle boasts. He is credited with quickly snatching PSA from the threat of bankruptcy within two years of taking over as CEO in 2014. He delivered a similar turnaround for Opel, the chronic money-loser PSA bought from General Motors three years later.

In March, Tavares was named World Car Person of the Year by a panel of journalists from 24 countries for his accomplishments, including spearheading the PSA-FCA merger.

Tavares has been tapped to be CEO of the merged companies. There isn’t anyone with a stronger track record out there to deliver a successful result.