The partners, which announced their intended venture in January, expect to begin first-phase production at two cellmaking factories—in Douvrin, France, and Kaiserslautern, Germany—by 2023. 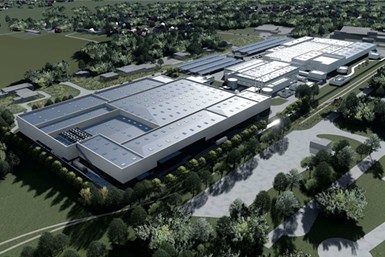 Batteries for FCA Models Too

ACC will be headed by Yann Vincent, who formerly ran PSA’s manufacturing and supply chain. The €5 billion ($5.9 billion) venture has received €1.3 billion ($1.5 billion) in state aid from France and Germany.

PSA and Total’s Saft battery affiliate began working together through a multinational consortium formed more than a year ago. The partners announced plans in January to launch a joint venture. Renault said last September that it might join the group if it could establish a viable business case for doing so. That has not happened, at least for now.

ACC already has opened a cell development center in Bordeaux, France. The venture also is setting up a pilot production facility in Nersac, France.

The partners target combined initial annual capacity of 8 gigawatt-hours in 2023, expanding to 48 GWh by 2030.

PSA also has been busy setting up a supply chain for EV powertrains. The network will source motors through a Japanese partnership with Nidec and transmissions from Belgium’s Punch Powertrain. PSA chief Carlos Tavares has estimated that the integrated supply chain will cut costs 10%

Europe realized more than a year ago that its plan to electrify its cars would be powered by foreign-made cells unless the region built its own supply base. ACC is the latest in the European response.