Putting Level 3 Automation to the Test

Part of the challenge in developing automated vehicle technologies is the lack of global standards covering such systems.

Earlier this year, the United Nations took a step in this direction with rules for Level 3 tasks, starting with automated lane-keeping systems (ALKS). 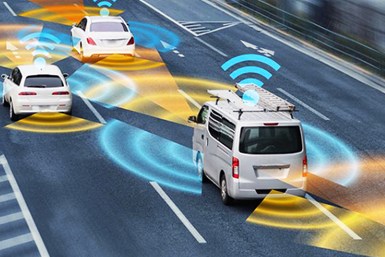 To support the regulations, which are being adopted in 60 countries next year, Foretellix is launching what it claims is the world’s first verification tool for ALKS.

The Tel Aviv-based startup is working on the program with fellow Israeli tech specialist Mobileye, which was acquired by Intel in 2017.

Currently, there are no vehicles that allow Level 3 driving: hands-free operation without constant monitoring (eyes-off the road) under certain conditions.

But a handful of new models are expected to offer L3 systems in coming years, starting with the BMW iNext electric crossover and Mercedes S-Class in 2021.

The new ALKS standards were developed through the UN Economic Commission for Europe’s World Forum for Harmonization of Vehicle Regulations WP.29 working group.

This means carmakers must comply with the rules for vehicles sold in any of the 60 signatory countries, including European Union members, Australia, Japan, South Africa and several southeast Asian countries. Another 30 countries—including the U.S. and Canada—participate in the rulemaking process but aren’t formal members.

Under the UN standards, which were drafted under the leadership of Germany and Japan, ALKS will be permitted only on roads that don’t allow pedestrians or bicyclists and have physical barriers separating two-way traffic.

Initially, ALKS operation will be limited to vehicle speeds of 60 km/h (37 mph) or less. Higher-speed operation is expected to be phased in later.

There also are provisions for how ALKS tells the driver to resume control, what it does if the driver doesn’t respond and what actions the system takes if a collision is imminent. Vehicles also must have a “black box” storage system that captures a variety of data pertaining to the system’s operation, including failures, emergency maneuvers and driver responses.

Foretellix says its new simulation program allows carmakers to test how ALKS performs under a variety of conditions to ensure the standards are met.

Adhering to the RSS model will help tested vehicles properly respond to hazardous situations initiated by other cars and ensure they don’t cause dangerous conditions themselves, according to the partners.

The new standard and verification tools are the next steps toward deploying automated vehicle systems.

What About the U.S.?

Carmakers have been pushing for U.S. regulations on self-driving cars for years.

In March, the National Highway Traffic Safety Administration tentatively moved in that direction with a proposal to “modernize” several regulations to accommodate vehicles designed specifically for automated driving. But this would apply only to fully autonomous vehicles, not Level 3 systems that transfer control between the driver and the vehicle.

Current laws don’t forbid Level 3 operation. But without clear standards, carmakers would open themselves up to greater liability if something goes wrong, points out Gil Amid, one of Foretellix’s co-founders and vice president of operations.

“The U.S. is stuck right now in terms of Level 3 regulations,” Amid says.

But he’s tentatively optimistic that there could be progress after the presidential election. At the same time, he notes that NHTSA continues to work with UNECE on harmonized global standards.