The old adage is especially relevant to safety equipment pertaining to cars (the goose) and heavy-duty trucks (the gander), according to a new study by the Insurance Institute for Highway Safety (IIHS). 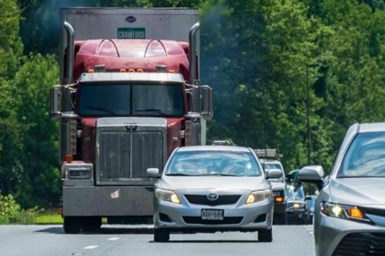 The insurance industry group found that semi-trucks could avoid more than 40% of rear-end collisions if they were equipped with both automatic emergency braking (AEB) and forward-collision alert systems. That’s about the same benefit rate as the devices have in passenger cars and trucks.

The difference is that most new light vehicles already are or soon will be equipped with the technologies, while relatively few big rigs in the U.S. have them installed.

Accidents involving semi-trucks in the U.S. have jumped by 33% since a low in 2009, IIHS says. 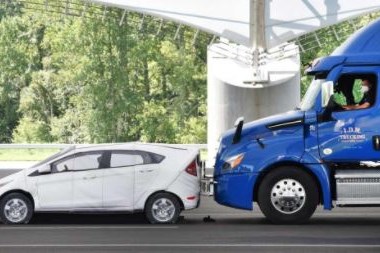 Although large trucks still have lower accident rates than cars on a per-mile traveled basis, they can be especially deadly because they are 20 to 30 times heavier, IIHS notes. In 2018, 4,000 people died as a result of such crashes, including 119 related to rear-end collisions.

IIHS analyzed more than 2,000 crashes involving heavy-duty trucks (weighing at least 30,000 lbs) on U.S. highways over the last three years. It found that trucks equipped with forward-collision warning had 22% fewer overall crashes and trucks with AEB had 12% fewer crashes than those without either technology.

Rear-end collisions were reduced by:

In addition to preventing crashes, the safety systems also can help lessen the severity of collisions that do occur by reducing impact speeds. IIHS found that both AEB and forward-collision alerts can cut speeds by more than 50%.

In the U.S., there are no regulations mandating AEB. But 20 carmakers have agreed to voluntarily standardize the technology in all new models by Sept. 1, 2022. Several companies already have achieved the goal.

The European Union has required that semi-trucks have AEB with forward-collision warning since 2013.

IIHS now is calling on the U.S. to adopt similar policies.