The best way to get around traffic isn’t always to follow your “real time” GPS directions. That’s because everyone basically gets the same advice, which can create new bottlenecks on supposedly speedier alternate routes.

What’s needed is a master system that can tabulate myriad “to” and “from” data, then act as a personal planner for each car to optimize overall traffic flow on the fly. If this sounds complicated, it is. In fact, some say it can’t be done with traditional technology.

Welcome to the world of quantum computing. These emerging devices—operating beyond conventional 0 or 1 limitations—promise to make complex calculations in less than second that otherwise could take hours, weeks or even years (yikes!) to do. 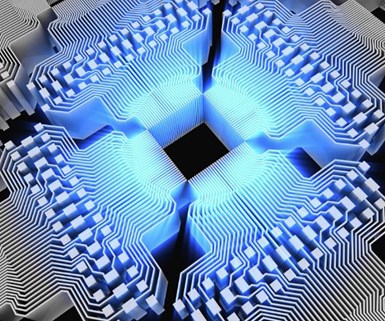 Ford and Microsoft, which has developed a method to emulate quantum behavior with current computers, demonstrated the potential in a simulation that balanced traffic for 5,000 vehicles—each of which had 10 possible routes—in metropolitan Seattle. The results, compared with stand-alone navigation, speak volumes:

To help illustrate the benefits, Ken Washington, Ford's chief technology officer, uses a simplistic but relatable example: a family getting ready for work and school in the morning. “If an individual day planning app gave each person the quickest way to get going, there likely would be a bottle-neck at the bathroom,” he notes in a recent blog.

Now imagine scaling that to a family of thousands. Needless to say, coordinating and staggering each person’s time in relation to the group makes a lot more sense than trying to do so individually. 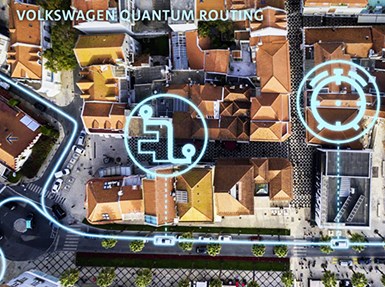 In October, Volkswagen conducted its own tests at the Lisbon Web Summit in Portugal. Working with Canada’s D-Wave Systems, the carmaker connected nine buses to a quantum routing system to optimize routes along 26 stops. Such coordination helped the buses avoid traffic jams before they happened, the partners boast.

VW expects public transportation—including buses and ride-hailing vehicles—will be early beneficiaries of quantum systems. But the carmaker also is working on in-vehicle consumer apps. The effort includes adding quantum computing to V2V connected car tech, which allows cars to share information. That would be a quantum leap forward!