The crew cab variant of Fiat Chrysler Automobiles NV’s Ram 1500 has become the first fullsize pickup to receive the “Top Safety Pick+” designation from the Insurance Institute for Highway Safety. 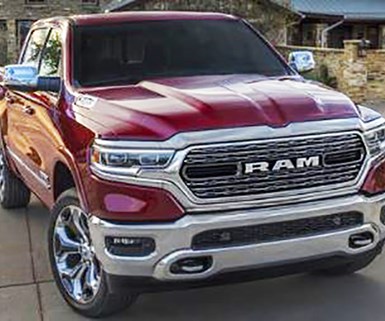 To earn the rating, the Ram 1500 was deemed “good” in all six IIHS crashworthiness tests. This includes three frontal impact tests and one each for side impact, rollover and rear impact.

IIHS also requires vehicles to score an "advanced" or better rating for frontal-crash avoidance. The Ram 1500 with an optional collision mitigation system, which uses a mix of cameras and radar to detect potential obstacles, received the group’s top “superior” rating in the test.

The only other pickup to earn an IIHS Top Safety rating is the midsize Honda Ridgeline. That vehicle rides on a unibody platform rather than a traditional truck body-on-frame architecture.

The Ram 1500’s Top Safety designation applies to 2019 and 2020 model vehicles built after May and equipped with curve-adaptive LED projector headlamps. The technology was refined this year to eliminate glare problems, which led IIHS to previously rate the system “poor” or “marginal.”