Renault SA’s board, citing the need for a “fresh start,” has removed President and CEO Thierry Bollore, a loyalist of former Chairman Carlos Ghosn.

Ghosn awaits trial next spring on multiple charges of financial wrongdoing at Nissan Motor Co. At the time of his arrest last November, Ghosn also served as chairman of Nissan and the 20-year-old alliance between the two carmakers. 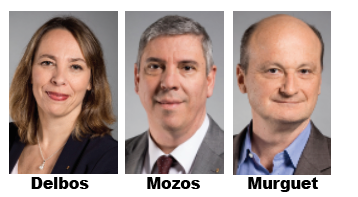 Renault now will be run by a quartet of non-Ghosn appointees. The group is led by Chairman Jean-Dominique Senard, who joined Renault in January from Michelin & Cie., where he had been CEO. The board also assigned Senard to serve as acting Renault president.

Joining him as acting CEO is Clotilde Delbos, who joined Renault in 2012 as group controller and has been chief financial officer since 2016 She will be assisted by Olivier Murguet, head of sales, and Jose-Vincente de los Mozos, head of production and supply chain. Both men were appointed to those positions last year and now have been promoted to deputy managing directors.

Now Renault’s board will look for a permanent CEO who can run the French company and revive its alliance with Nissan. This week Nissan also installed a new CEO and chief operating officer to lead its post-Ghosn leadership team.