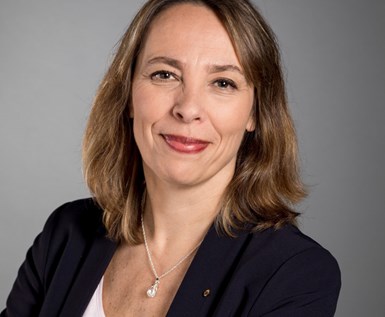 The idea is to offset anticipated flat or declining sales to existing partners, says Clotilde Delbos (pictured), who was named interim CEO after Thierry Bollore was fired on Oct. 11. She has been Renault’s chief financial officer since 2016.

Renault has shared vehicle platforms and used its factories to supply vehicles to Nissan and Mitsubishi Motors in Japan and Lada maker AvtoVAS in Russia. The company also has partnered on vehicle or powertrain development projects with Daimler and Ford.

Delbos says all aspects of Renault’s current Drive the Future strategy, which was fathered two years ago by fallen Chairman Carlos Ghosn, are under review. Ghosn is awaiting trial in Japan for alleged financial wrongdoing as chairman of Nissan.

Delbos says Renault will be ready to detail its intentions by the end of this year. She notes that the review also covers the company’s participation in Formula One racing, where it ranks a distant fifth in this year’s constructor championship.