Renault aims to hire away a senior Volkswagen group executive to become its CEO, according to media reports.
#Renault #Nissan #people 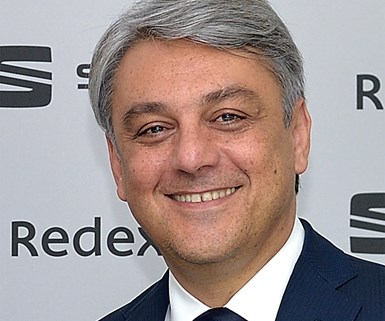 Luca de Meo (right) currently heads VW’s Spain-based SEAT budget brand. Reports point out he’ll have to find a way to dance around a non-compete clause in its current contract to make the move to Renault.

It’s been a lousy year for top executives at the Renault-Nissan-Mitsubishi alliance. Renault has been shopping for a new chief since it fired Thierry Bollore, who held the job on an interim and then “permanent” basis for all of 11 months.

Bollore’s days as CEO were numbered from the start. He had the misfortune of being a close ally of Carlos Ghosn, who was removed as chairman of Renault and both of its alliance partners, after his arrest for financial misconduct at Nissan 13 months ago.

Besides, Bollore didn’t get along well with Nissan CEO Hiroto Saikawa, another Ghosn legacy. Saikawa lost his job in September for allowing Nissan’s financial strength to evaporate, and for becoming entangled in some of Ghosn’s alleged transgressions.

Now Renault is eager for stability and tranquility. It’s very eager to revitalize its alliance with Nissan. But it also wants to avoid delivering what Nissan really wants: better balance in the partnership’s equity arrangement and a greater say in alliance decisions.

Renault owns a 43% voting stake in Nissan. For now, Nissan remains stuck with a 15% nonvoting position in Renault. The Japanese company also is tired of being pushed around by a very assertive French government.

Let’s Get to the Math Later

The state also owns 15% of Renault’s shares. But France also enjoys double voting rights, thanks to some shadowy stock moves in 2015 that involved then-economy minister and now President Emmanuel Macron. France hasn’t been shy about exercising its passion for protecting jobs.

Nissan and Renault have publicly agreed to stand down on rearranging the financial terms of their partnership. They declare their top priority is getting the alliance back on track.

That will be de Meo’s first objective. If he can do that, reports say, he will serve as Renault CEO for two years then take over as head of the alliance itself.