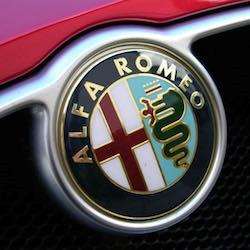 Alfa Romeo’s upcoming 8C hybrid supercar will team a 2.9-liter twin-turbo V-6 that drives the rear wheels with an electric motor up front to deliver a combined 800 hp, CAR reports.

Parent Fiat Chrysler Automobiles NV confirmed plans for the new flagship model earlier this summer. At the time, the carmaker said the 8C would feature a carbon fiber monocoque chassis and a hybrid powertrain that generated more than 700 hp, enabling zero-to-60 mph acceleration in less than three seconds.

Alfa Romeo currently uses a 500-hp version of the 2.9-liter V-6 in its Giulia sport sedan and Stelvio Quadrifoglio performance crossover model. The electric motor will be sourced from Ferrari NV, which will provide the same motor for the Maserati Alfieri sports car due early next decade, according to the report.

The new supercar could be launched by 2021. Production is expected to be limited to about 1,000 units, possibly including an open-top variant. Alfa Romeo’s last 8C was offered as a coupe and roadster. The company produced 1,000 of those vehicles between 2007 and 2010.