Volkswagen Group CEO Herbert Diess was alerted to the company’s use of cheater diesel software two months before the practice was made public, according to recently unsealed documents.
#Volkswagen #europe #BMW 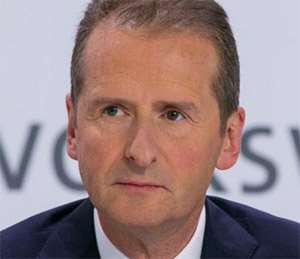 Volkswagen Group CEO Herbert Diess was alerted to the company’s use of cheater diesel software two months before the practice was made public, according to recently unsealed documents.

The timing is important because of pending lawsuits that claim VW’s top management failed to advise investors promptly after learning of the issue.

Diess met with senior engineers and executives on that date to discuss how to handle U.S. regulators. The officials were threatening to ban VW diesels unless the company could explain why emissions from the engines were so high. The prosecutors’ records indicate Diess left the meeting with a copy of the presentation but was advised by another employee not to retain possession of the document.

VW admitted to U.S. regulators on Sept. 3, 2015, that it used illegal software to evade emission rules. The cheating was made public 18 days later, and VW formally disclosed the scandal on the following day.

VW says it didn’t announce the cheating sooner because management had assumed U.S. penalties would be no more than €200 million ($229 million). The company also insists the July 27 meeting was only about whether the company’s diesels would be certified in the U.S. and not whether the engines had been rigged illegally.