Fiat Chrysler Automobiles NV will stop producing the Dodge Grand Caravan minivan next May, about seven months earlier than previously planned, according to AutoForecast Solutions. 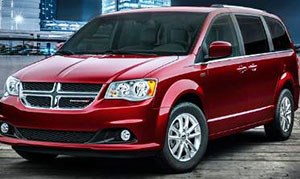 The Chester Springs, Pa.-based forecasting firm says FCA plans to transition entry-level buyers from the Grand Caravan to the new Chrysler Voyager. The Voyager, which is a stripped-down version of the Chrysler Pacifica minivan, is being launched this summer.

The Voyager and Grand Caravan both will have base prices of about $28,500. But incentives have pushed the Caravan’s average transaction price below $25,000, according to Automotive News Canada.

FCA is expected to start building the Voyager in August alongside the Grand Caravan and Pacifica at the company’s factory in Windsor, Ont. The aging Caravan hasn’t been fully redesigned since 2008.

In May, union officials said FCA was spending $262 million to prepare the Ontario plant for a future product. Chrysler confirmed plans for the Voyager earlier this month.