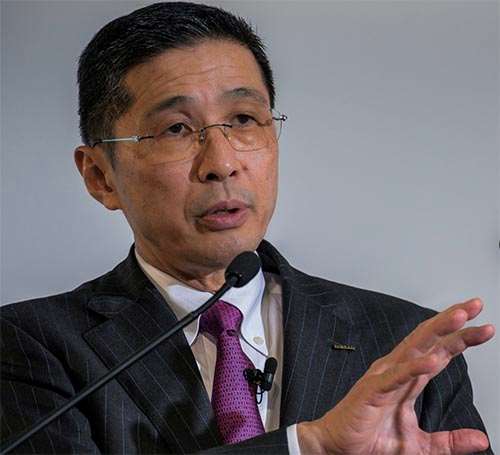 Last autumn Nissan Motor Co.’s chairman and CEO were considering whether to add a fourth company to the Renault-Nissan-Mitsubishi alliance, says Bloomberg News.

The news service cites a lengthy email from CEO Hiroto Saikawa to then-Chairman Carlos Ghosn that raised the possibility of another carmaker partner, perhaps Chinese.

The memo was sent a few months before Ghosn was arrested on charges of financial misconduct at Nissan and stripped of his chairmanships of all three alliance companies. He is now on restricted bail in Japan, awaiting trial.

In his message, Saikawa said he had been working on his own through the summer to find a structure for the alliance that would be “acceptable” for Renault and Nissan. At the time, Renault was pressing to fully merge the two companies, but Saikawa and other Nissan executives objected.