Neutron Holdings Inc.’s LimeBike business is expected to lose more than $300 million this year due to the cost of maintaining its growing fleet of electric scooters.

Neutron Holdings Inc.’s LimeBike business is expected to lose more than $300 million this year due to the cost of maintaining its growing fleet of electric scooters, The Information reports. 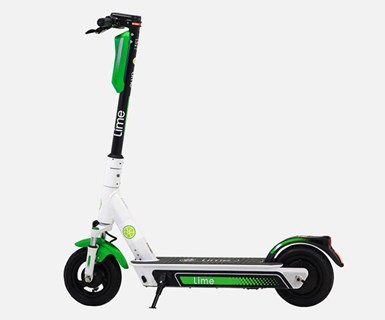 But the firm’s losses are mounting because of the scooters’ five-month lifecycle and their repair and charging costs. The company burned through more than $200 million in cash through the first seven months of the year, according to The Information.

Lime aims to more than double sales to $1 billion in 2020, according to the report. At the same time, operating losses are expected to be cut in half as the  Gen 3 scooter, with a life of at least one year, rolls out.

Lime also is raising rental fees and plans to concentrate on high-usage areas to boost utilization rates and reduce the time and cost to wrangle and recharge scooters.

Since its founding in 2017, Lime has raised more than $750 million from investors such as Alphabet, Uber, venture capitalist Andreessen Horowitz and Singaporean wealth fund GIC. But recent attempts to raise another $500 million stalled this summer, The Information says.

Lime, which initially focused on bike-sharing services, tripled its scooter fleet to more than 120,000 units over the last year. This makes Lime, which was valued at $2.4 billion in January, the largest scooter rental firm in the world. The bulk of the company’s revenue now comes from Europe—led by Paris—and the Middle East.

Last month Lime discontinued its car-sharing service, which it launched last November in Seattle. The company blamed the program’s demise on tight margins, high operating costs and the lack of an electric vehicle partner.