Tesla to Use LG Chem Batteries in China?

LG Chem will produce the batteries at its plant in Nanjing, sources tell Reuters and Bloomberg News. Tesla and LG Chem declined to comment. 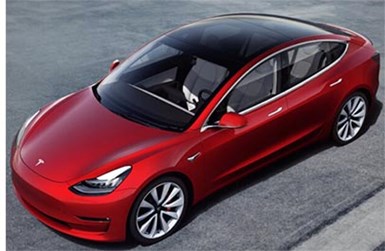 The LG Chem batteries initially will be used in Tesla’s Model 3 sedan (pictured) when the carmaker’s Shanghai factory opens later this year. The upcoming Model Y compact crossover also is expected to use LG Chem batteries when it goes into production in China in 2021.

To date, Tesla has relied almost exclusively on Panasonic Corp. for batteries. But Panasonic, a partner in Tesla’s Gigafactory battery complex in Nevada, has been struggling to meet demand for batteries since production of the mass-market Model 3 ramped up at the carmaker’s California factory last year.

Earlier this year Panasonic said it was exploring options to meet the growing demand. Among those being considered is opening a new battery factory in China.

Tesla also is said to be in talks with China’s Contemporary Amperex Technology Co. about supplying batteries for Tesla’s Shanghai-built EVs. LG Chem was chosen to be the facility’s initial supplier because it was more flexible than CATL in meeting Tesla’s requirements, Bloomberg says.