Many American carmakers and suppliers are planning layoffs and operational cuts in China in spite of rebounding sales there.

Why? It’s all about the continuing trade tensions between China and the U.S., according to the American Chamber of Commerce in Shanghai. 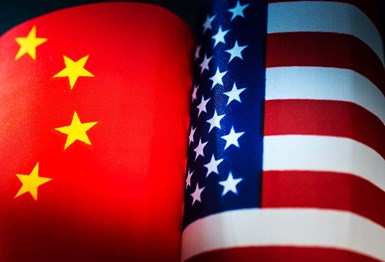 ACCS says American companies are wary of the strain after more than two years of punitive tariffs and are increasingly skeptical about a resolution anytime soon.

“It is having an impact on business performance here,” President Ker Gibbins tells reporters in Shanghai. The stress, he adds, “is leading to difficulty in retaining staff.”

ACCS’s survey finds that two in five respondents from the auto sector in China say their companies plan to reduce staff there, The Nikkei reports.

But it’s not just a workforce issue. One-third of auto sector respondents say they also are dialing back their investment plans in China. And nearly one in five say they intend to move some production out of the country.

ACCS says the attitude shift is being driven by the negative impact of the COVID-19 pandemic on global supply chains as well as lack of progress in the tariff war. Automotive respondents emphasize that their business decisions are being driven by risk analyses and not by President Donald Trump’s call to repatriate their factories to the U.S.

But cooling enthusiasm about China isn’t exclusive to the auto sector. The survey says one-third of more than 300 American companies polled in other business sectors also are pondering cutbacks.

More than 70% of respondents say they intend to remain in China, according to the ACCS poll. More telling is that 30% apparently have had enough and are ready to bail out.

Either way, the ratio of respondents who intend to raise their investments in China has plunged to 29% from 47% a year ago. ACCS says the most pessimistic industries are hardware, pharmaceuticals, software, services and technology.

The poll makes it clear that many American companies in China are tired of the tariff war. Between the lines, the survey suggests that one of Trump’s goals—driving business out of China—is working in spite of, or perhaps because of, the lack of progress on trade.