Several carmakers tell Reuters that the Trump administration may delay a scheduled May 18 decision to levy tariffs as great as 25% on imported cars.
#GeneralMotors 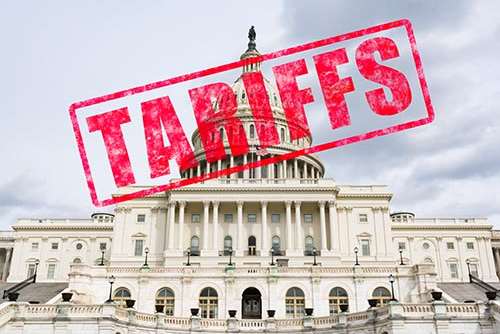 Several carmakers tell Reuters that the Trump administration may delay a scheduled May 18 decision to levy tariffs as great as 25% on imported cars.

Four executives tell the news service that postponing the decision for 180 days appears more likely because of a bevy of recent U.S. investment announcements by vehicle manufacturers. General Motors Co., for one, said earlier today it will spend $700 million on three factories in Ohio.

The administration aims to justify the stiffer levies on national security grounds. in February the Dept. of Commerce submitted its analysis of that claim, but the report has not been made public. In the meantime, the White House is using the threat as a bargaining chip in trade talks with Japan and the European Union.

The tariffs face widespread bipartisan opposition in Congress, which worries about the negative impact on the U.S. auto industry. Reuters notes that postponing a decision will enable the Trump administration to focus on the more immediate goal of reaching a trade deal with China.