Three-quarters of companies have recalled employees or hired new staff in what is considered proof of the resiliency of the manufacturing sector, reports a monthly survey of moldmakers and industrial automation companies from the Canadian Association of Mold Makers and Automate Canada. 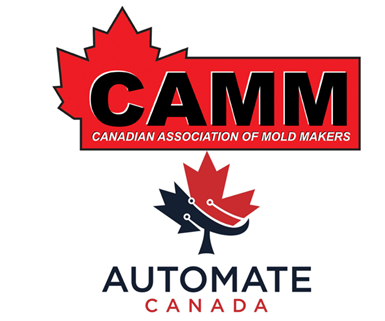 Three-quarters of companies have recalled employees or hired new staff in what is considered proof of the manufacturing sector’s resiliency, reports a monthly survey of moldmakers and  industrial automation companies from the Canadian Association of Mold Makers and Automate Canada.

“We still have some difficulties to deal with but there is good news for our industry and certainly both our CAMM and Automate Canada boards are making a difference in ensuring we address issues and concerns facing our members,” says CAMM Board Chair Mike Bilton.

The survey has shown the Canadian Emergency Wage Subsidy (CEWS) , has remained the most popular financial support program from the federal government, and employers report health and safety practices in the workplace, flexible work from home arrangements and collaboration among employees, have all improved.

As for challenges, there are still one third of companies that have not yet called all employees back to work from layoff due to uncertainties about cash flow, reduced demand from their customers and the need to stem losses and focus on generating a profit. Other concerns raised include difficulty meeting eligibility criteria for government support programs and challenges with closed borders and 15% report permanent layoffs.

The CAMM and Automate Canada boards continue to meet regularly, including meeting three times a week as part of Windsor Essex Economic Development Task force. The organizations have been assisted in the distribution of each week’s survey by the Canadian Tooling & Machining Association (CTMA).

Responses this week were primarily from the Southwestern Ontario region, which has a significant manufacturing, moldmaking and industrial automation cluster.

The number of employees out of the workplace due to isolation or quarantine on Friday, June 5 looks high - 365. However, the number of workplaces with employees out on quarantine is exactly the same as the average during the eight-week survey series earlier this year, just under half. They continue to recall employees - 114 were reported as recalled in the past month.

Just over one third respondents did not meet the qualification criteria for one or more financial support programs from the government, so were not successful obtaining the support they sought. 15% of respondents reported that one of their customers has notified them they are in serious financial distress. Approximately one quarter of respondents currently plan to send technical or sales employees outside of Canada.

A third of respondents have calculated that costs for new health and safety measures could be estimated as high as 5% of gross revenue, especially in industries with such slim margins. And no, customers are not willing to pay for the higher cost.