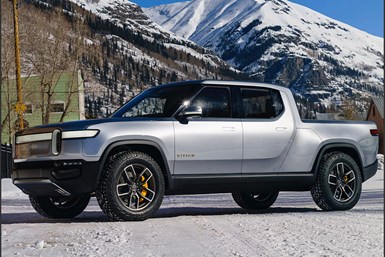 In the past few years, Plymouth, Mich.-based electric vehicle startup Rivian Automotive has poached more than 100 engineers and executives from rival carmakers and tech companies.

But as the launch of its first vehicles nears, one of the company’s top hires—chief technology officer Mike Bell—has abruptly left the firm, The Verge reports.

Bell’s claim to fame, though, came during a 16-year stint with Apple during the 1990s and early 2000s. During this time, he helped lead teams that developed the iPhone and iMac.

He most recently was featured in the first episode of a YouTube video series detailing Rivian’s history and vision for the future. In it, Bell refers to Rivian as a “BHAG” company, for having a “big hairy audacious goal.”

Rivian confirmed that Bell left the company but didn’t say why. On his LinkedIn page, Bell’s job status has been changed to “retired.”

Regardless of the reason, Bell’s departure shouldn’t affect Rivian too much. Executive changes are part of normal business. This is especially true for startups and early stage companies—although the ongoing Tesla exodus has set a new bar.

Rivian now has more than 1,700 employees. The group includes mini teams from Ford, McLaren and Tesla. The largest contingent—said to be as many as 50 people—came from Faraday Future, which has struggled to get its own ambitious EV plans off the ground.

The Michigan carmaker, which has raised about $3 billion from investors, is due to launch its R1T pickup and R1S SUV by year-end. Rivian will build electric trucks for two of the investors (Ford and Amazon), starting with a Lincoln-badged SUV that is due to bow in 2022.