Rivian notes that Cox Automotive's global footprint, service and logistics capabilities—along with its retail technology platform—make it a strong partner. Cox also will get a representative on Rivian’s board. 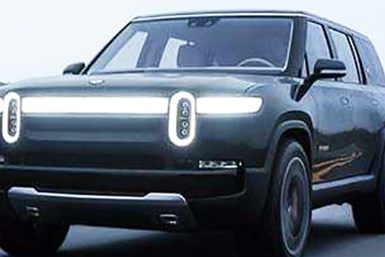 The carmaker plans to launch its R1S SUV (pictured) and R1T pickup by the end of 2020. Those models will be produced at the former Mitsubishi Motors Corp. factory in Normal, Ill., and sold directly to customers rather than through a traditional dealer network.

Cox is the third big investor Rivian has landed this year. In February, Amazon.com led a $700 million funding round for the startup. This was followed in April by Ford Motor Co. with a $500 million investment. Ford will use Rivian’s “skateboard” platform to carry an all-new Ford-badged electric truck.