Amazon.com says it will expand its tests of self-driving Scout mini-shuttles to Irvine, Calif.

They began using the six-wheeled pods, which are about the size of a large portable ice chest, to deliver packages in Seattle earlier this year. The test units have been deployed along with a human attendant to make thousands of deliveries. 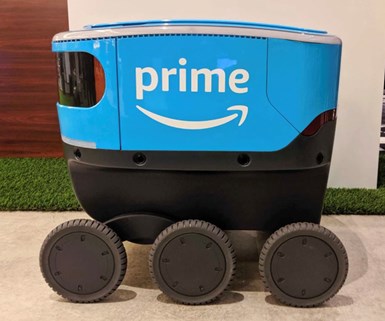 The assistants go along on deliveries to monitor the Scout’s performance, answer questions by neighbors and observe the interaction between the shuttle and humans.

In Irvine, the robots will be deployed Monday through Friday during daylight hours only, according to Amazon. The pods, which were designed by the company’s own engineers for use on sidewalks, can climb curbs and scale a building’s front steps.