Volkswagen AG’s high-end Bentley unit has further customized its Continental GT Convertible (GTC) with a new roof color that is designed to look like a tweed pattern. 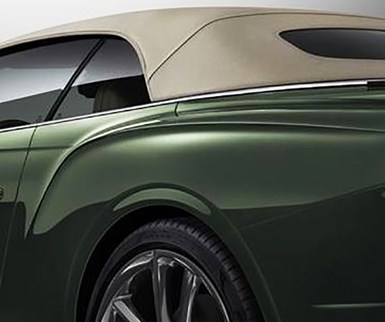 Bentley says its initial attempts to use a tweed-like fabric failed because the design didn’t meet automotive requirements. The company then experimented with numerous yarn color combinations until it found one that conveyed the proper sense of a luxurious yet relaxing countryside drive.

Described as an industry first, the design blends dark brown and cream-colored yarns. The so-called tweed effect becomes more prominent the closer a viewer is to the vehicle , according to the carmaker.

Including tweed, the GTC now has seven roof color options. The electric top can be fully raised or lowered in 19 seconds at vehicle speeds of 30 mph.