Sales Sag in Europe, Even with Incentives

In France, new-car deliveries fell 20% to 103,600 units compared with August 2019, according to industry trade group CCFA. 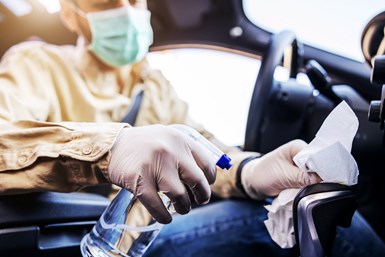 Demand was hurt by the end of a government scrappage plan in July that paid owners as much as $6,000 to dump an old car and buy a new one. The program buoyed year-on-year sales 1% in June and 4% in July.

In Spain, August retail sales fell 10% to 67,000 units in spite of government incentives. Consumers who scrap a 10-year-old car can get discounts of $4,800 on an all-electric model and as much as $1,000 on a more efficient piston-powered vehicle.

The plan helped advance July sales 1%, according to trade association ANFAC. But the group says revived worries about the COVID-19 pandemic—fueled by resurging infections in Spain—depressed August sales.

In Italy, total sales were flat at 88,800 units last month, according to the government’s transport ministry.

Analysts say new-car registrations by consumers soared 27% to about 63,000 vehicles, bolstered by a new incentives program that pays consumers $4,100 to replace an old vehicle with a fuel-efficient new one. But that gain was offset by a sharp drop in registrations by companies, rental fleets and dealerships.